Under the section 206 (5) of the Companies Act, the central government has the authority to inspect the books of a company if circumstances are so warrant.

Recently, MCA has been treating complaints of whistleblowers with utmost seriousness. The initiation of inspection is one such step of MCA towards the right direction.

The whistleblower alleged that Edelweiss Group which is the controlling shareholder of the asset reconstruction company along with its partner, Canadian pension fund Caisse de dépôt et placement du Québec (CDPQ) diverted at least Rs 1,800 crore from EARC. EARC is estimated to manage around Rs 45,000 crore in assets.

Asset Reconstruction Companies are the financial institutions that help banks to clean up balance sheets. It buys bad assets and rebuild those assets through certain measures, including finding buyers for the assets.

About the Whistle Blower

Paras Kuhad is a former additional solicitor general of India. Kuhad and his family owns about 14 percent in EARC.

The whistleblower has written to the Prime Minister's office describing the four ways through which Edelweiss diverted money from EARC.

The fair value of the EARC’s 20 percent equity is estimated to be Rs 800 crore. It was also alleged by the whistleblower that a registered valuer hasn't determined the price for the CCPS as stated in law.

After contacting the Edelweiss Group, they strongly denied the allegations labelled by Kuhad.

Girish Parmar, Head of EARC's legal department denied all the allegations labelled by Kuhad and termed the allegations as gross misrepresentation of facts which was based on selective and inaccurate information.

Note - An inspection of books doesn't means a firm is guilty of violating the law. This is only a first step of the process where investigating officer records the statement of company officials. Based on the findings, the ministry will recommend about the investigation should be concluded or proceed for further examination by itself or the Serious Fraud Investigation Office.

These kind of whistle-blowing strengthens the governance framework of the company along with creating an ethical working environment for all the employees, members, shareholders, and directors.

There are also certain advantages which whistleblowers can bring into effect - 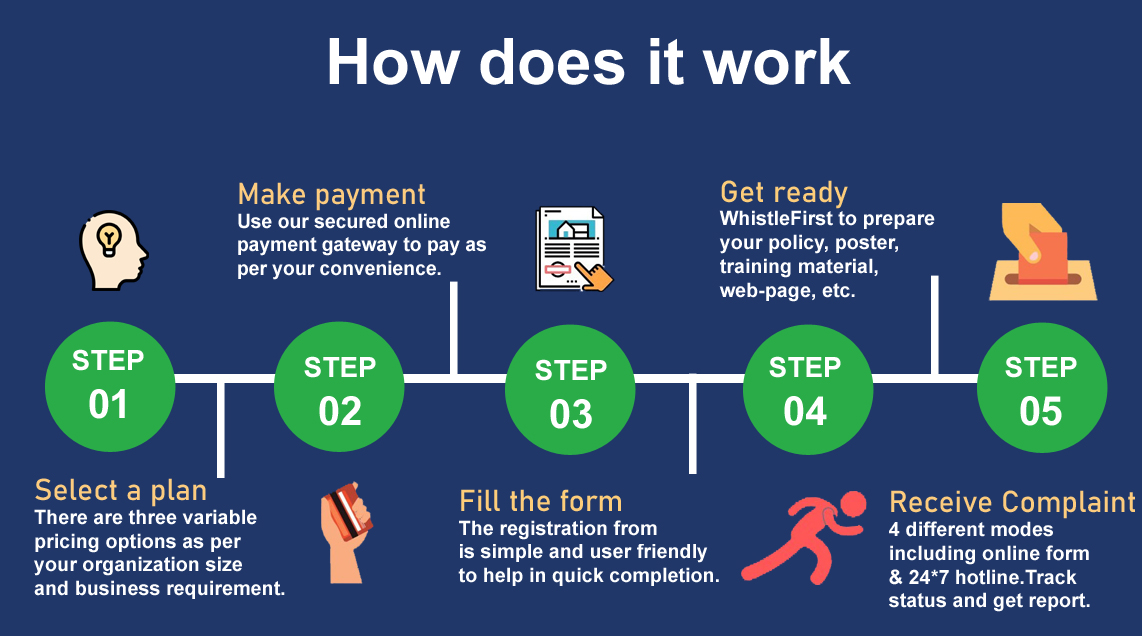 Despite your company does not have Whistleblower Framework.

Your Complaint will be completely anonymous, without disclosing your identity.